The single square mile of hillside pioneered by Peter Newton in 1977 is an impressive site, with expansive vistas of Napa Valley and beyond. It was the conclusion of his irreverent quest to create wines that would capture the multifaceted character of Napa: embracing the radiant California sun whilst featuring the structure offered by the valley's cool, foggy nights.

He understood Spring Mountain was the place he was looking for to create this rare, fresh expression of Napa.

The terraced mountain estate has less than one-fifth of its total 490 acres planted to vines at elevations ranging from 500 to 1,600 feet above sea level. The non-farmed acreage remains in its native forested state providing natural habitat for indigenous wildlife.

Each of the distinctive vineyard blocks is planted to a specific Bordeaux variety with an emphasis on Cabernet Sauvignon.

Newton’s sustainable practices consider the entire ecosystem, vines, animals, other plant species, soil life and type in order to minimize pests and diseases and foster a healthy symbiotic relationship between our vines and the environment. Avoiding commonly practiced short-term solutions, we adopt a long-term sustainable and balanced approach, farming all our land organically. 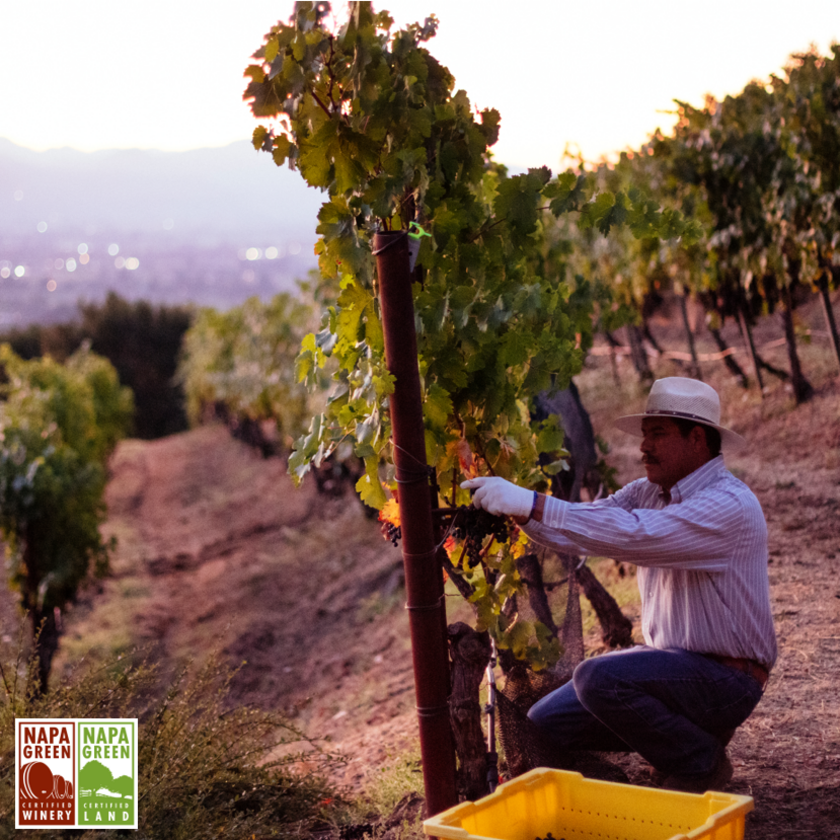 The Napa Green Certified Land and Winery program is a third-party certified, voluntary program Newton participates in to express its dedication to working in harmony with nature. As part of the Certified Winery program, Newton meets a host of requirements, including water conservation, energy conservation, pollution prevention, and solid waste reduction elements. Our certification relies on comprehensive analysis of our operations, which we adhere to with complete commitment.

Working within the Certified Land program, includes restoration of wildlife habitat, healthy riparian environments and more in concert with sustainable agriculture practices. We also restore, protect and enhance the regional watershed. The program includes not only farmed or vineyard land, but also non-farmed and wild land, roadways, stream banks, drainages, and more within a specific property.

Newton’s system of ponds captures and stores winter rains for use in summer irrigation, limiting the need to pump water from the Valley’s aquifer and reducing the amount of energy needed for irrigation. The ponds also act as natural silt dams to prevent soil erosion from entering nearby streams and the Napa River, preserving the native habitat and fishery. 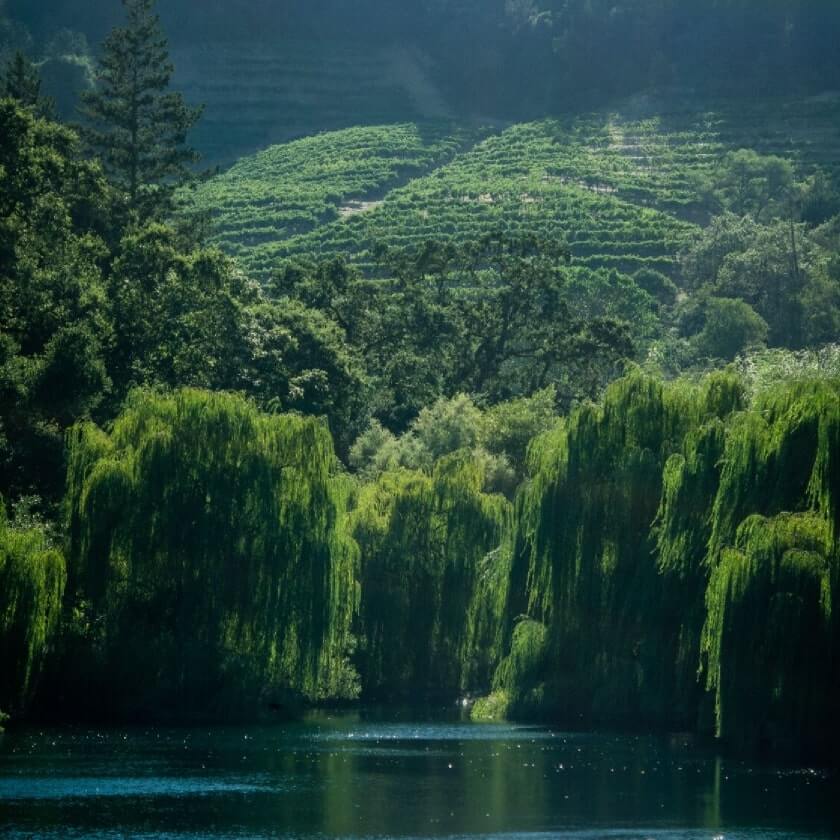 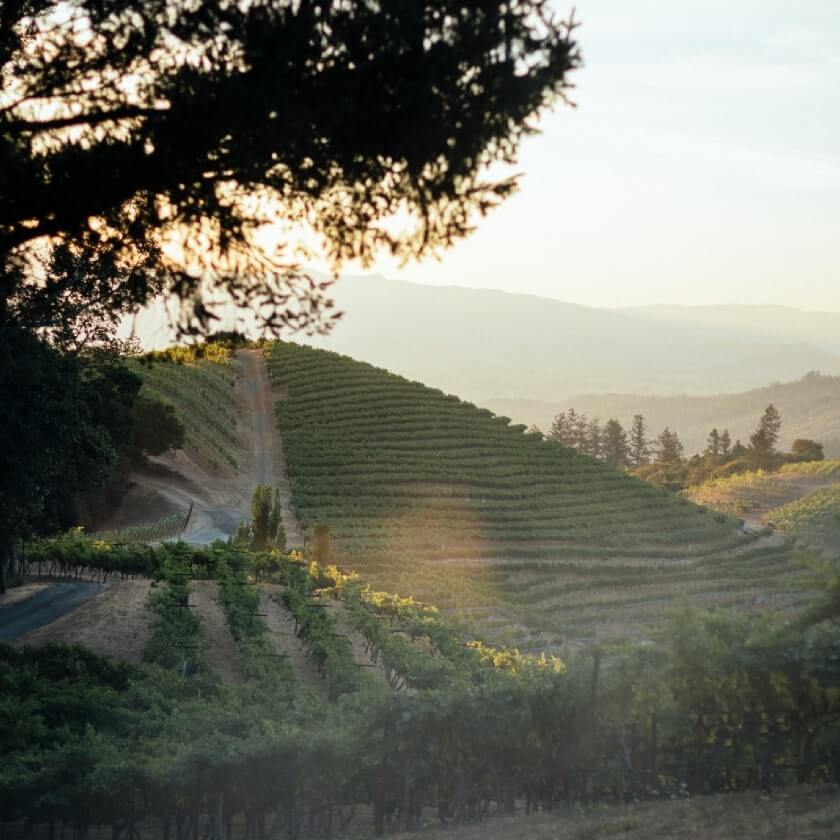 A cover crop is planted in the vineyard rows to reduce soil erosion and enhance vineyard soil fertility and structure. Newton plants a seed mix designed for the extreme mountain conditions. The cover crop recipe varies with the vineyard’s age and includes native grasses and clovers such as Fescues, Rye, Oats and Strawberry Clover. Cover crop act as a “net” to hold insects. Cover crops also improve soil structure and health by enhancing the organic matter content and soil microbial fauna.

Each Newton harvest yields pomace of grape skins, stems and seeds which is collected and composted to be used later in the vineyards as a natural fertilizer and soil builder. All glass, cardboard and plastic waste generated on the property is recycled. 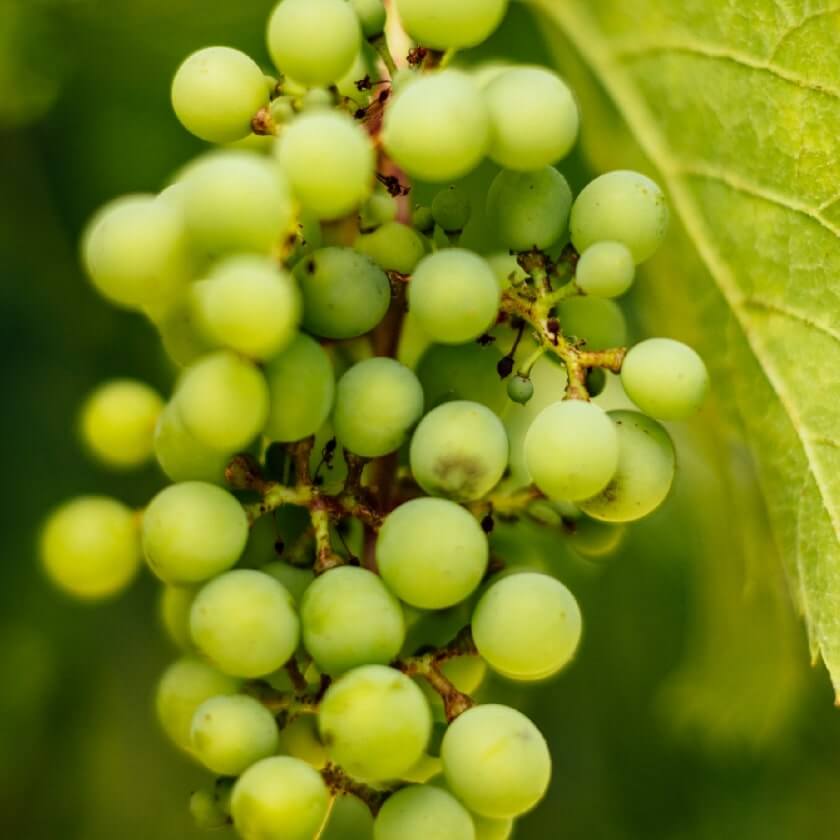 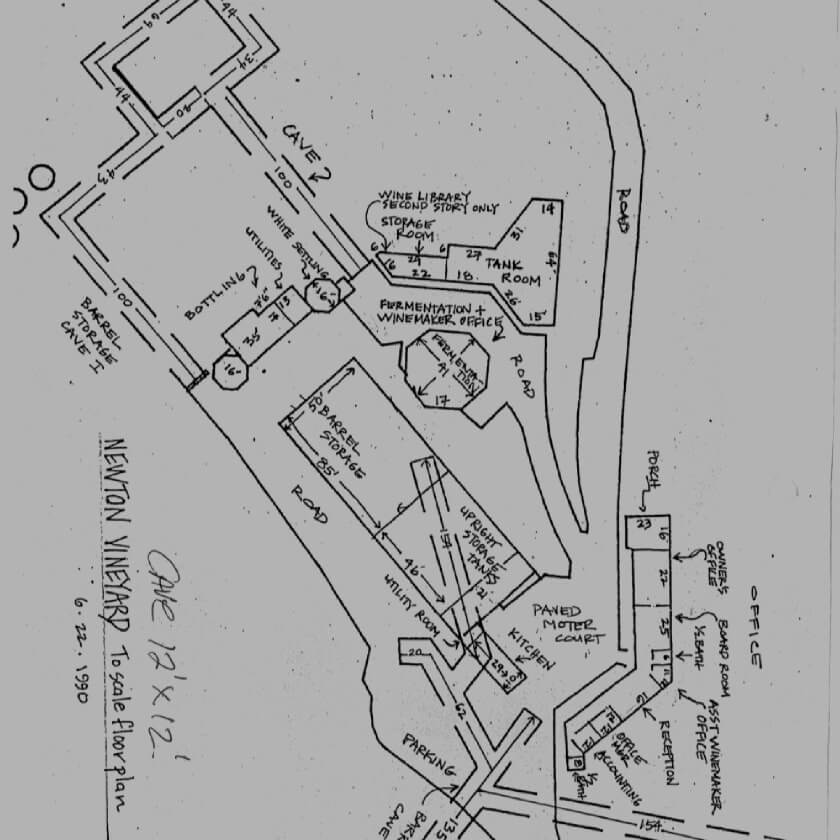 An early model of green design, the winery was built to be 80 percent underground. An elaborate cave system, spanning three vertical levels and five avenues, is used for maturing Newton’s wines in barrel. This cave design creates a natural temperature control system, an early commitment by Newton to responsible energy use. A rooftop parterre garden, planted to herbs and roses, provides insulation for the Chardonnay fermentation room located beneath by maintaining cool temperatures, enhancing humidity when necessary and reducing energy requirements.

Newton’s “Nature by Design” philosophy is present throughout the winemaking process. Newton wines are naturally fermented using indigenous yeast to preserve natural fruit essence achieved in the vineyard. The unique profile of each lot, when combined, contributes to the overall complexity of the finished wine.

Newton wines safely age in French oak barrels with minimal refrigeration, as the winery was custom-designed to limit energy consumption. By digging our caves into the side of the hill and covering the structure in greenery, we ensured the inside temperatures naturally stayed cool and consistent. Crafting wines in harmony with nature is labor-intensive, yet this method produces some of the world’s finest wines. Newton wines are unfiltered to stay true to their unique terroirs and are enjoyable both at release or after decades of careful cellaring.

Since its inception, Newton has been home to multiple cultural influences whilst deeply rooted in its Napa terroir – this is evident from the diverse background of our founders to the architecture they deliberately chose, which represents different parts of the world. Today, we continue to nurture and foster this diversity. As indeed, it takes a great team to make a great wine! Ours is a family-like, enthusiastic small group of 20 people, representing 7 nationalities and 4 continents… Some of us having been with Newton for no less than 30 harvests ( and counting)!

Born in Sebastopol, Andrew Holve’s California roots run deep. “My family has been in California a long time,” he notes. “My great-grandparents were orange farmers in Anaheim in the early 20th century.” Farming was something the family did together as a hobby. “We planted a small vineyard in my yard—I was making wine at 10 years old.”

After receiving a bachelor’s degree in psychology from the University of Southern California in 2009, Andrew joined Americorps, where he worked on a wide range of hands-on projects and discovered that he enjoyed working with his hands, being outdoors and creating things. Back home in Sonoma County, Andrew’s many friends in the wine business often encouraged him to join them. “Although I grew up around wine, I hadn’t realized until then how strong an affinity I had for the work itself—I love the combination of science and the outdoors.”

To gain experience before embarking on his formal studies, Andrew worked with several crush crews in Sonoma and in Hawkes Bay, NZ. In 2013, he enrolled at University of California-Davis, graduating with a master’s degree in viticulture and enology in June 2015. He also worked in the labs and cellars of several prestigious Sonoma wineries including MacRostie Winery and California icon Ridge Vineyards.

Andrew joined Newton in August 2015. He was promoted to Head of Winemaking in July 2021.At Newton, Andrew brings together his experiences working at vastly different and international wineries with a proudly local sensibility: “I’m Californian, I grew up around these mountains. I want to continue to showcase the distinctiveness of our mountain terroir, which delivers a lively balance of bright freshness and ripe Napa fruit. Ultimately the environment shapes these vines, and I nurture and allow them time to make a wine that spotlights and stands true to the Napa Valley. It’s been pretty special being at Newton because there are not a lot of wineries that have vineyards from elevations of 1800 feet, with all of these different exposures and aspects. I’m excited to have the opportunity to contribute to the history of one of Napa Valley’s most historic and highly acclaimed wineries.”

Growing up in Andover, MA, Laura Deyermond had an early interest in botany and growing plants. “I’ve always been a science geek,” she says. Laura enrolled in the University of Massachusetts, studying sustainable agriculture. But eye-opening internships at the U Mass experimental vineyard and at wineries in New York’s Long Island made her fall in love with viticulture and begin to appreciate wine.

No fan of the Northeast’s sleet and snow, Laura dreamed of a life in sunny California. After receiving her Master’s Degree at the University of Washington and working in the Columbia Valley as a viticulture consultant, her California dream became a reality when she moved to Napa Valley in 2012 to join a vineyard management company focused on organic farming. Over the following years, Laura held viticulture positions with wineries and vineyards from Sonoma and Napa to Lake County and the Central Coast, working with companies such as Diageo and Treasury Wine Estates.

In June of 2018, Laura joined Newton Vineyard as Viticulturist and Grower Manager. “I’ve always been passionate about working with nature not against it, making sure you are farming in a way that you’re not having a negative impact on the ecosystem around you,” she notes. “Newton has a history of being stewards of the land. That was one of the great experiences I was looking for in coming to California.” Using her background in sustainability and experience in working in different climate extremes, Laura oversees Newton’s estate hillside and valley floor vineyards, as well as relations with several small and strategic long-term growers who help round out the portfolio. Her commitment to organic practices allows Newton’s terroir to shine through in vibrant, elegant wines. And her science geek side is still going strong: “I like learning! Farming on hillsides is so different, there are constant challenges and it’s a lot more intense than in Carneros.”